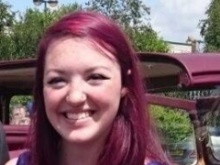 A Devon teenager is taking action against drink driving, after the death of a child in her home town.

Mia Dendy, from Crediton, was devastated when the child was killed in a hit-and-run incident by a driver who was drunk.

With Fixers, the 19-year-old is raising awareness about the tragic consequences of drink driving.

Along with friends from her local youth group, Mia has created an air freshener for cars which carries the message ‘Our community has already been affected by drink driving. It’s our responsibility to not let this happen again.’

She says: ‘When I found out about the accident I was devastated and shocked.

‘My town is small enough that everyone tends to know of one another, so the accident affected all of us.’

According to government figures, there were 240 deaths due to drink driving in 2014, accounting for 14 per cent of all road fatalities.

Mia says: ‘Drink driving is so common and because of this it's become more 'normal'.

‘I want to remind people that it's not acceptable. It is so easy to prevent this issue which can have such devastating outcomes.’

Click on the image below to view the air freshener. 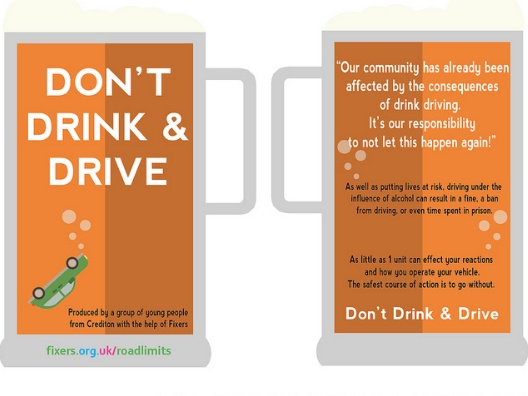 Mia, who works as a peer educator at a youth club in Exmouth, plans to distribute the air fresheners in colleges.

She says: ‘I think people need to remember that drink driving is illegal and can have such devastating outcomes.

‘My main message is to tell people to look after themselves by being responsible when drinking.

‘I think it is extremely important because at the end of the day, it can mean the difference between life and death.’