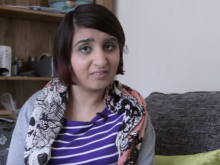 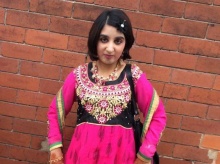 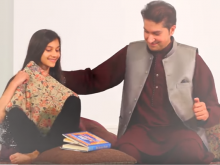 A young woman with cerebral palsy is urging the South Asian community to be more accepting of disabled people, because she says she’s experienced more discrimination from her own cultural group than other parts of society.

Lyla Asif was born with the neurological condition which affects movement and coordination.

She walks with a limp, which she claims causes people to think less of her.

‘Because I have a disability, they think that I’m unable to do anything by myself and I need to be looked after by my mum for the rest of my life.

‘When you grow up in a heavily Pakistani community, the girls are normally married off in their late teens, but because I’ve got a disability it was always said to me “you’ll be fine, you don’t need to worry about it because you’ll stay at home.”’

With Fixers, Lyla has made a film putting forward her opinion.

Go to the top of this page to watch the film.

She believes that other illnesses, as well as disabilities, are stigmatised by the South Asian community and has drawn on research to back her claim.

She says: ‘I think that there is a big stigma attached to disability and other illnesses in the South Asian community because as soon as they see that you’ve got a visible difference, they immediately judge you, they immediately label you as ill.’

The Joseph Rowntree Foundation interviewed 29 Asian young people and their families and the research found that they received more respect within British rather than Asian situations.

They also found that both young people and their parents felt that, despite the negative view of disability in the UK, disability carried a greater sense of stigma and discrimination in South Asian countries.

Lyla says: ‘This research shows that I’m not alone. I want people in my community to realise that having a disability doesn’t mean you’re a write off.

‘Yes, it might take me longer to do things like doing up buttons or unscrewing jars, but that doesn’t mean that I can’t contribute to society and lead a full life.

‘I work in a supermarket and help hundreds of people with their shopping every day, despite my disability.’

Lyla adds: ‘Yes I’ve got a disability, yes I’m different, but I have just as much as a right to be here and exist as much as you, so don’t make me feel like I’m not worth something, when I am.’