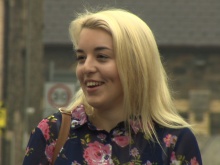 Jess Thompson was bullied at school 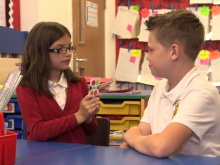 She has created a game to help children get along 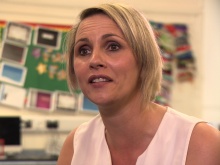 ‘When I was in year seven at school I used to get bullied because I was overweight. I got called names. I got pushed around. It made me feel isolated, frustrated and upset.’

Jess Thompson, who is now 17, is determined that other children should not have to suffer like she did.

Her story was broadcast on ITV News Wales on Thursday, July 14.

Jess, who is from Argoed in Gwent, says: ‘I think making friends is the best way of stopping bullying from developing.

‘Friends don’t go to war. They don’t hurt each other. They support each other and I think if people can make friends at school and in the community, then people won’t feel the need to bully someone else.’

To that end Jess and her friends enlisted Fixers to help them create a flash-card game called Buddy Up for use in the classroom.

The idea is to get pupils talking to classmates they wouldn’t normally socialise with.

Each card has a question or instruction on it such as, “What’s Your Favourite TV Programme?” or “Make Your Partner Laugh By Telling Them Your Best Joke”, and they’re distributed around the classroom to encourage conversations.

Jess tried it out on Year 6 pupils at Waunfawr Primary School in Crosskeys. 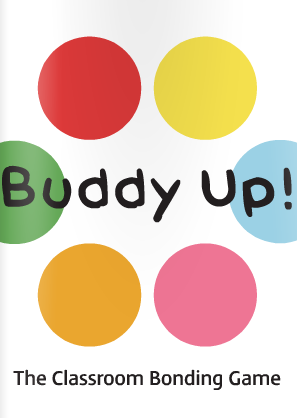 Deputy Head Jo Richards says: ‘I think the game is a really good way for children to get together and find out more about each other.

‘When they do, issues like anti-social behaviour and bullying should not escalate because they have far more respect for the children around them.’

Children who participated in the game commented: ‘I think it might stop bullying because they’ll know more about your life’ and ‘I think it will stop it because you’re bonding with other people instead of going against them.’

She says: ‘I want them to be happy throughout their time at school. Because that’s what I missed out on when I was younger.’