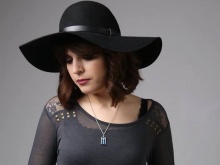 Jenny thinks it's important everyone looks after their mental wellbeing 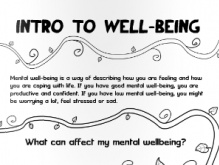 Jenny hopes her workbook will help others

Teachers need to stop failing young people and be prepared to look after their mental health, according to a Preston woman who struggled with depression growing up.

Jenny Mullinder reckons there could have been more support for her when she was in school, so she has created a workbook with Fixers which is designed to promote mental wellbeing.

She says: ‘The fact that the education system doesn't equip children and young people with the knowledge, skills and advice they need for becoming happy, engaged, successful adults means that they are being failed.

‘We don't often talk about happiness, mental well-being, or a lot of other big issues.’

Jenny, now 24, struggled to cope when her mum developed Parkinson’s disease and she became a young carer at the age of 14.

She says: ‘It was tough. My dad, who was never in my life, died when I was seven.

‘I became depressed and anxious and generally felt like I could never be happy.

‘I didn't think I was good at anything, I didn't have many friends, and I didn't really know what I wanted to do with my life.

‘Because mum was ill I didn’t feel like I could go to her for advice about further education, or even just to talk about boy troubles.

‘There were the benefits of making me more independent and self-analytical, but I feel like it held me back and had a lot more negative effects on my mental health and well-being.

‘Teachers knew that I had a lot going on at home, but didn’t do anything to help.’

When Jenny’s mum died when she was at the University of Greenwich, she struggled to cope with the grief.

It was then that she decided to look after her mental wellbeing.

She says: ‘When my mum died I felt even more alone, as I didn't think I could talk to anyone about how I was feeling.

'That was when I decided I was going to work on my mental health and make positive changes.’

Jenny, who is a freelance writer for Youth Employment UK, says recent experience has taught her that there is support out there for young people.

She says: ‘I know from working in the youth sector that there is support available. But teenagers might not know how to access the support channels, so adults should take responsibility to guide them.

‘When I look back to my 13-year-old self it breaks my heart.

‘I wish that I'd had someone to guide me and offer advice, motivation, and 'real talk' so that I was better prepared for the tough things that have happened in my life, but also just for growing up in general.

‘I want to be that for other young people, and I truly believe that doing a project with Fixers is the first step on that journey.’

With Fixers, Jenny has created a Wellbeing Workbook which she plans to use as part of a mental health workshop in schools, colleges and universities. 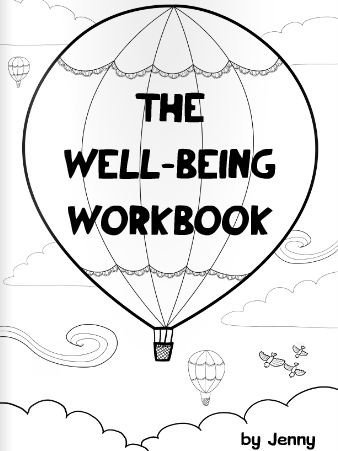 She says: ‘I hope young people will think about and look after their mental wellbeing, as well as starting wider discussions about emotional and character education.

‘Everyone needs to look after their mental health; just because you don't have a 'problem' with yours doesn't mean you don't need to work on it.’