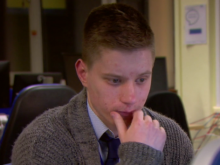 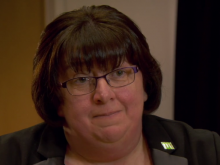 'Growing up I did feel different. Being in care has a big effect on your life. I didn’t think I could do anything, I felt that I wasn’t good enough – I didn’t have any belief in myself. But now I have that belief - that I can succeed and do my very best.'

After growing up in foster care since the age of seven, Harvey McCaffrey is urging other young people from the care system to aim for their full potential in life.

The 21-year-old from Carlisle tells ITV how he’s managed to make a success of his life despite the upheaval of his early years.

His story was broadcast on ITV News Lookaround on Tuesday, July 19.

He says: 'I’ve gone on to a job working within the council around homeless services.

'I’m quite proud of myself and glad to have got to where I am today. I think everyone has set backs - you’re always going to face difficult stages in life - and I think in terms of a child that’s been brought up in the care system, things are going to be challenging for them. It’s not going to be easy.'

Harvey is working with Fixers to encourage other young people like him to believe in themselves and make good choices in life.

He says: 'My main message that I want to get across is just because you’ve been in care, it doesn’t mean you’re any different from anyone else.

'If there’s something you want to do out there, don’t give up, and eventually you should get to where you want to be.'

She says: 'Statistics show there is definitely a huge problem for care leavers with 39 per cent of them not being in education, employment or training.

'The journey into adulthood is difficult for all young people and if you compound that by not having a background where people are there to support you unconditionally that’s really quite challenging.'

Harvey adds: 'I feel like I’ve had a second chance. I feel that I have been given that opportunity to prove my worth and I want that to happen for other young people, and then for the outcome to be that they’re in work and they’ve got something to be proud of.'