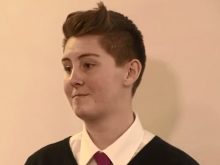 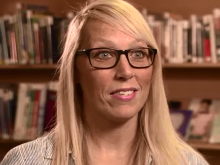 'I was born a girl but came out as transgender a couple of years ago. There was some negativity because some people weren’t educated in the whole area of LGBT. That’s the reason why I think our project can have a positive impact.'

Miles Everitt and his friends have formed an LGBT support group at their school to offer insight into Lesbian, Gay, Bi-Sexual, and Transgender issues.

Following a successful launch at Wadebridge School in Cornwall, the team are now planning on taking their message to the wider community.

Their story was broadcast on ITV News West Country (W) on Thursday, July 14.

The 16-year-old says: 'Fixers has helped us design and produce window stickers for shops and other public buildings so people will know this is an LGBT-safe zone.

'They feature a lion to symbolise LGBT pride, which is the name of our group.'

Click on the image below to see the sticker. 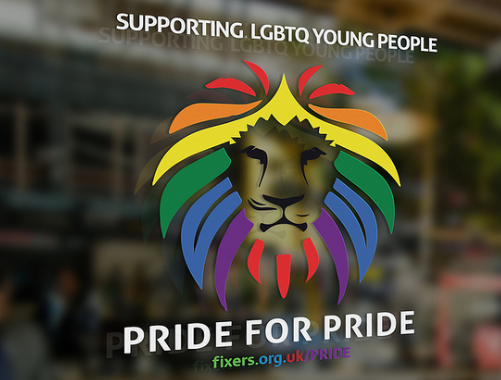 Wadebridge School has been right behind the Pride group and their latest project.

Terri Barbery-Redd, pastoral support partner, says: 'We think it’s important to support all young people in all aspects of their life, regardless of sexuality, gender, race or religion.

'We want our students to be happy, healthy and successful in what they do.'

There have also been plaudits from the Intercom Trust, an organisation set up to support LGBT people across the West Country.

Steve Cannon, community support worker for Cornwall, says: 'Particularly in school, I think it’s a good way of supporting diversity generally, by getting gay and straight young people together to understand the similarities and differences there are between them.

'Miles is showing that we’re all part of the community, whether that’s in school, in the town where you live, or the job you work at.'

Miles hopes that one day, people won't have to 'come out' and declare their sexuality.

He says: 'I’d like people to be accepted instantly for who they are. Because people are people at the end of the day. We’re all human.'

Miles' project was supported by the Wellcome Trust.