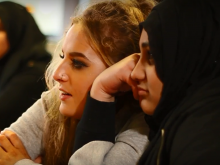 Hannah thinks learning about different cultures can bring individuals together 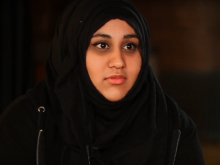 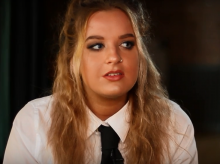 A student from Royal High School

A group of close friends who hail from different ethnic backgrounds are promoting a multicultural society in a film they have made with Fixers.

The teenagers, who are all pupils from the Royal High School in Edinburgh, feel that encouraging diversity can teach individuals to respect people’s religious or ethnic differences.

Hannah Rafiq, who led the team, says: ‘Our group is made up of students from mixed backgrounds and we’ve learned a great deal from each other.

‘More often than not, getting to know someone can break down all kinds of barriers, which is what we all need to do more.’

Hannah, 17, explains she was driven to act after reading news stories about Muslims being discriminated against in the press.

She says: ‘It is worrying how much fear and trepidation there is in society, particularly about Muslims.

‘Luckily I haven’t experienced any discrimination myself, but I’ve seen stories about people being racially abused and it’s quite upsetting.’

The short documentary features interviews with the students who explain how mixing with people of different backgrounds has brought them closer together.

Hannah, who plans to share the film in schools and on social media, says:  ‘Interacting with others is part of life and it’s a part of learning about the world.

‘Hopefully our campaign will encourage young people at school to be more accepting of those from different backgrounds.

‘We need to take a stand against discrimination and learn to accept each other.’