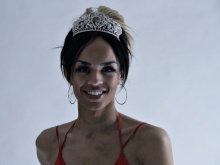 Talulah is fighting against prejudice 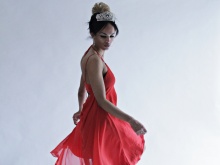 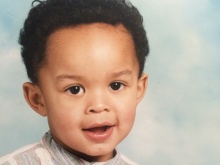 A transgender beauty queen who claims she was barred for life after using the ladies’ toilets in a bar has created a poster campaign with Fixers to challenge discrimination.

Talulah-Eve Brown from Burton-upon-Trent, Staffordshire, has been living as a woman for two years, but says she’s never experienced that level of prejudice.

The 22-year-old says: ‘When I came out of the toilet a doorman was waiting for me.

‘He told me to go outside, so I did as I was told. He began shouting at me and said ‘you’re using the wrong toilet.

‘After I explained to him that I am a trans woman, his response was 'yes I know what you are, you're a man. So use the men's toilets.

‘I told him that what I was doing was discriminatory, and he replied saying I was barred for life.

‘It was probably one of the most humiliating moments of my life because everyone who was waiting in the queue could see.’

Following the news, the story went viral and people from all over the country sent Talulah messages of support.

In the UK, trans people are legally allowed to use whichever public toilet they feel most comfortable in.

The Miss Transgender Birmingham winner says: ‘It was reassuring that people empathised with me. How in 2016 can a transgender person be barred for using the wrong toilet?’

Talulah was born a boy named Aaron but after she was diagnosed with gender dysphoria in 2014, she began living as a woman.

As part of her transition, she has had Hormone Replacement Therapy (HRT) for 18 months and plans to have cosmetic surgery to complete her transition.

Although she only began living as a woman two years ago, Talulah experienced feelings that her emotional and psychological identity was female at an early age.

She says: ‘I was always quite feminine as a kid. My mum would buy me Action Men, but I’d always be more interested in Barbie.

‘When I told her I was transgender, I think she found it quite hard to deal with at first because I was rejecting the little boy she once knew. But I just didn’t want to live a lie anymore.’

Talulah hopes her poster campaign will encourage others to be more understanding of transgender people and the issues they face. 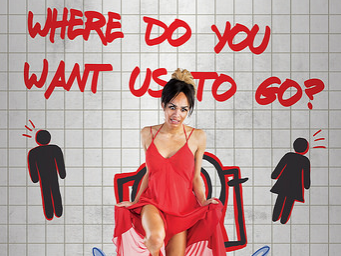 ‘I’d like to see this poster displayed in public places to make people think twice before challenging a transgender person.’

In a statement, the owner of the bar said: ‘We have a history of creating an inclusive and safe space for all of our customers, including members of our LGBT community.

‘It's clear that on this occasion there was a misunderstanding and this has highlighted a need for us to re-evaluate our staff training.

‘I have spoken to the customer involved and made it clear that she is not banned from the bar.’

Talulah's project was supported by the Wellcome Trust.