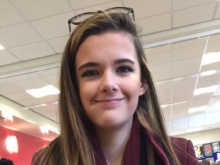 Nicole is encouraging others to speak about mental illness 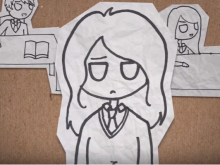 A shot from Nicole's Fixers' film 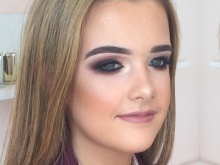 Nicole suffered from anxiety and depression

A woman from Belfast is urging young people to ignore stigma and seek help for mental health issues after struggling with anxiety and depression.

Nicole McCann, 18, says: ‘There’s a lot of stigma attached to mental health problems. I was called a psycho.

‘Calling people names is just ignorant and stops them talking about what’s wrong and getting help.’

Northern Ireland continues to have the highest rate of suicide in the UK according to the latest statistics.

According to research from the Office of National Statistics, there were 16.5 suicides per 100,000 in Northern Ireland in 2014.

Nicole, who is studying for her A-levels at St Dominic’s Grammar School for Girls, says: ‘It’s heart-breaking that our small community has this problem.

‘I think people don’t like to talk openly about mental health problems and don’t seek help before it’s too late.

‘On my own part, I felt like I didn’t want to be a burden to anyone so I bottled things up.’

Research suggests Northern Ireland's violent past could have something to do with it because a large percentage of an entire generation were left traumatised.

Nicole says: ‘It’s possible that our history has something to do with it. My family is very liberal but I have friends whose parents won’t let them socialise with a person of a certain religion and they’re wary about which areas they go to – essentially they’re very overprotective.

‘But there can be many different reasons, and to say that’s the one reason alone is to simplify the matter.

‘Deprivation is another factor, in areas where people don’t have access to jobs and opportunities.’

Nicole, who was diagnosed with anxiety and depression two years ago by her GP, says bullying in primary school affected her self-esteem.

She says: ‘Since then I have never been a confident person.

‘I wouldn’t be able to go places on my own without having a panic attack.

‘I’d be afraid to speak in case I said the wrong thing. I would look in the mirror every day and hate what I saw.’

After her diagnosis, Nicole accessed counselling, which helped in her recovery.

She says: ‘Talking things through really helped. I just wish I’d had the opportunity to speak out earlier before letting things get so bad.

‘I hope that if anyone is going through the same thing, they will watch the film and be encouraged to get help.’

Nicole's project was supported by the Wellcome Trust.