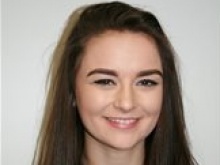 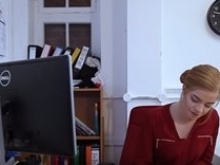 A scene from the film in the office 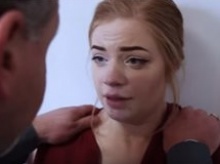 A scene from the film at home

A group of students from Coleg Cambria in Wales have made a film with Fixers about domestic abuse that aims to show others where to draw the line.

The film, which is based on a real life experience, shows a woman putting up with domestic violence at home while also dealing with a verbally abusive boss at work.

While she ends up reporting her employer, she continues to put up with her violent partner.

Abbie Baker, 16, who worked on the film, says: ‘We’ve been learning about domestic violence at school and we were shocked to learn how prevalent it is – it’s as though some people come to see it as the norm.

‘Someone we know shared her experience about how she put up with her violent partner because she believed his promises that he would stop hitting her – but he never did.

‘We wanted to address the issue – and show that domestic violence is just as unacceptable as if you were being bullied in the workplace.

‘We are demonstrating that abuse is not to be tolerated so that more women learn what a healthy relationship is meant to be.’

According to Women’s Aid, two women a week in average are killed by their partner or ex-partner.

Abbie, from Wrexham, Wales, says: ‘We’re hoping to share our film with pupils our age in schools, who may be new to relationships.

‘We hope the film will help both women and men recognise the signs and encourage them to report domestic violence, in the same way that they’d report any other type of unacceptable behaviour.’