The Battle Against Stereotypes 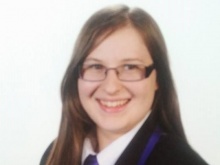 Megan is leading the campaign against postcode stereotyping 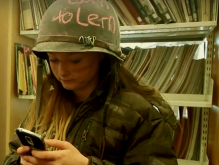 The group's film shows how stereotypes can get out of control 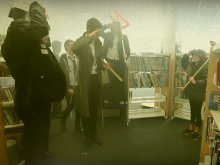 A resident of a former pit village in Scotland wants to shake the bad image her neighbourhood has.

Megan Firth, of Fallin, Stirling, says: ‘My community has developed a reputation for being rough.

Whenever people talk about it they say “I wouldn’t go there on my own”.

‘It’s quite hurtful because it will always be home to me, but it’s the same for people from more affluent areas too, who are labelled “posh”.

‘I want to show that it doesn’t matter where you come from. It doesn’t make you better or worse than anybody else.’

The 17-year-old, who attends Wallace High School, teamed up with some other students and Fixers to make a film about the issue.

Watch their film at the top of this page.

The satirical war drama, which depicts pupils battling for regional supremacy, seeks to demonstrate how ‘ridiculous’ stereotypes can be when they get out of hand.

The group hopes to take its campaign into local schools and colleges, but also feel that their message is universal.

Megan says: ‘People should be looking for things that unite us instead of getting hung up on our differences.

‘Unfortunately, we often see the worst in each other and there are a lot of divisions in the world because of this.

‘We are all human. Let’s leave the stereotypes behind.’