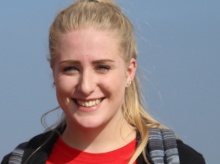 Darcie says sport is for everyone 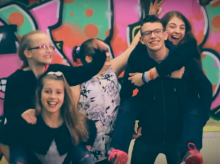 Young people say that sport has given them more confidence 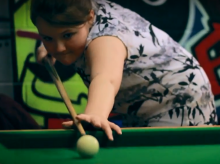 Playing sport isn’t all about winning, but can be a great way to build self-esteem and keep fit according to a group of young people from Hengoed, South Wales.

Darcie Williams volunteers at a youth club where she has seen a positive impact, and now she is encouraging others to give sport a go.

The 19-year-old says: ‘I think a lot of people shy away from sport because they see it on the television and think they’re not good enough or that it’s too competitive, but it doesn’t have to be.

‘We take part in all kinds of activities at Cefn Hengoed Youth Centre, but we try to have fun.

‘It has really improved my own social skills and allowed me to meet new people, but has also given the other youngsters a sense of purpose and they feel part of something.

‘You don’t have to be an athlete to enjoy sport. Everyone can get involved.’

With Fixers, Darcie and her team have created a short film which features young people explaining how sport has allowed them to gain confidence and try new things.

It shows footage from an event they ran with StreetGames, where individuals took part in a range of activities to bolster their interest in sport.

Darcie says: ‘There was everything from dodgeball to table tennis and it was great to seeing so many youngsters being so enthusiastic.

‘We’ve even seen several new members join. It was great to see the community coming together.’

Darcie is currently studying youth work at The University of South Wales and plans to show her Fixers film to students around campus.

She says: ‘It’s all about giving people the opportunity to do new things and have fun at the same time.Taking part is all that counts.’