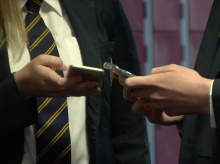 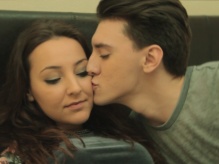 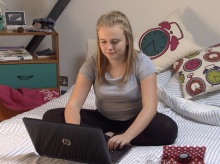 The first parliamentary inquiry into sexual harassment in schools is launched today following new research from Fixers which highlights failings to support students.

The findings, which are based on the experiences of 300 young people aged between 16 and 25 across the UK, are being used by the Women and Equalities Committee to drive the investigation.

They show that sexualised behaviour is the new norm as schools are not dealing with matters of sexual harassment effectively.

Teachers tend to brush off incidents because of students’ relatively young ages and many incidents go unreported because students are worried that victims will be punished as well as perpetrators.

Contributing to the report, Rosie, 17, said: ‘When I was 12 a girl held me against the wall and touched me in private areas.

Young people also reported that sexting was a big issue, with one in four confiding they felt pressured into sending intimate photographs.

Another 18% reported being sexually harassed once or more.

Laura, 20, said: ‘A girl in my school took intimate pictures and sent them to a guy. He sent them to the whole school.

‘The headmaster got involved. I could see she was having a tough time. At the time you think it will go on forever, but it did stop.

‘I was interested to understand why the girl did it, so I asked her. She said she had learned from her mistake and that it wasn’t peer pressure, it was just that everyone was doing it.

‘She thought it would make him love her.’

Another student agreed that sexualised behaviour has become the norm, adding: ‘Lad culture is a big issue; it’s really common.

‘In my school boys would come up to girls and grab their ass, try and push them into the changing rooms and then say “don’t get upset it’s just banter.”’

Tom, 17, said: ‘Everything you see on social media is reinforcing the worst things about lad culture.

The shocking testimonies are aired in a short film Fixers has made with the students. Go to the top of this page to watch.

As a result, the students are calling on the government to revamp sex education so that it covers issues such as sexting.

They also suggest having counsellors in place in schools to help with sexual harassment.

Maria Miller, Chair of the Women and Equality Committee, said: ‘It’s clear from the young people we’ve heard from that sexual harassment and sexual violence in schools is having a profound impact on their day to day lives.

‘We need to address this issue now, and stop it from blighting the lives of another generation of young people – both male and female.

‘We’re asking teachers, students, parents, youth organisations and anyone else with an interest in this subject to share their knowledge and experience with us.

‘We’ll use this evidence to find the most effective measures to reduce levels of sexual harassment and sexual violence in schools.’

The news comes after the BBC submitted a Freedom of Information request last year revealing that 5,500 alleged sex crimes in UK schools were reported to police in three years, of which more than 600 were rape.