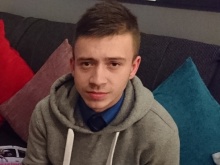 Jordan says getting caught joyriding was a big wake up call 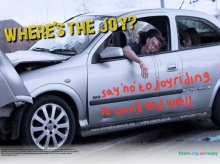 Jordan hopes his poster will discourage teenagers from joyriding 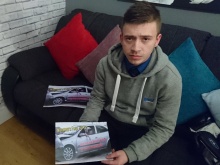 Jordan wants local schools and youth clubs to use his posters

A teenager wants to discourage young people from joyriding after he was caught driving a stolen car.

Jordan Donaghy, 18, from Belfast claims he was handed the keys of a stolen car and told to drive it.

He says: ‘At the time I felt like it would have been a bit of fun. But then when I got caught and was held in the police cell I just didn’t know how to feel as I’m not that type of person. I felt like I really let myself down.’

As it was his first offence Jordan was dealt with outside the court system and was subject to a Diversionary Youth Conference instead.

He says: ‘I got off lightly because it was my first offence, but it was a big wake up call.

‘Since then I have been sharing my story to encourage people saying no to joyriding.’

With Fixers Jordan has created a powerful poster targeting teenagers in a bid to reduce the numbers of young people giving in to the pressure or temptation to joyride. 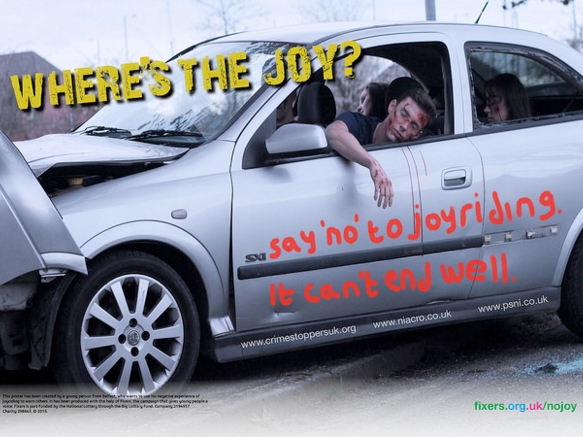 He hopes that by sharing his experience it will make others learn from his mistake.

Jordan says: ‘I want youngsters to say no to joy-riding. It’s easy to feel under pressure to do it or because you think it makes you look like a big boy, but just say no because then you can’t get into trouble.'

Jordan’s poster is currently being used by the Reducing Offending in Partnership and has been delivered to schools and youth clubs across Northern Ireland.