The Truth About Travellers 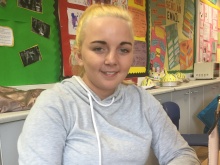 Irish traveller Chantelle wants people to see beyond the stereotypes

“Pikies”, “thieves” and “scroungers” are all words one young woman from Wrexham is tired of hearing to describe her Irish traveller heritage.

Chantelle Purcell, 21, is campaigning through Fixers to quash common misconceptions about the community.

She says: ‘I want to raise awareness because I get discriminated against for being a traveller and I’m sick of being judged.

‘People call us horrible names such as “thieves” and “scroungers”, but not all of us are bad.

‘I’m not a traditional traveller - I want a career and I want to learn – just like other people my age.’

Chantelle studied at Yale College in Wrexham and hopes to attend university.

She says: ‘I’m quite unique in my community as I want a career for myself. I don’t know many others like me as the tradition for girls is to get married around the age of 15.

‘I’ve been given a hard time by others in the traveller community for going to college, as they feel this isn’t the done thing.

‘They think women shouldn’t be mixing with others and should set their sights on being a house wife instead.

‘I still follow many of the rules, for example I don’t drink, and I still want to marry another traveller, but on my own terms and in my own way.’

With Fixers, Chantelle has created a poster which she hopes to share in schools.

The poster urges others to “look beyond the stereotypes” and see that Irish travellers are “hard-working” and have “strong family values”. 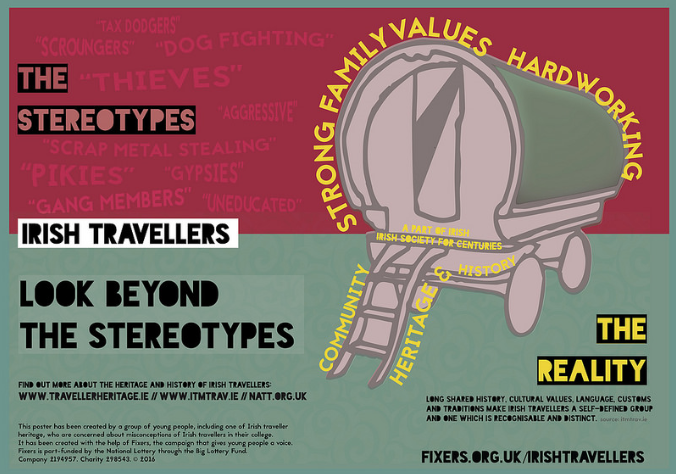 Contrary to popular belief, Chantelle does not spend her days travelling from place to place.

Instead, she has lived in a static caravan with her mum, two brothers and sisters on private land in Wrexham all her life.

She says: ‘I’ve got a huge family all over the world. We still like travelling but do this mainly in summer. Wrexham is our home.

‘There is a big lack of knowledge of who we are, what our traditions are.

‘I hope this poster will educate people and show that we’re not all bad.’