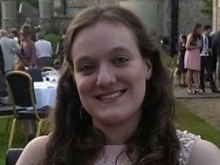 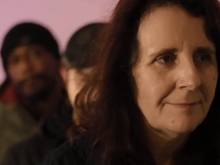 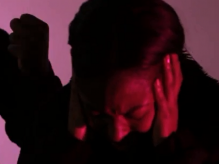 A young woman is challenging the stigma surrounding foodbanks by telling the stories of some of the thousands of people who rely on them daily to survive.

Abigail Spooner, 20, from Sheffield says that using foodbanks is not a sign of weakness or shame, but a step towards a brighter future.

‘Food poverty is unfortunately still an issue in the UK today,’ she explains.

‘I’ve been volunteering at a foodbank for around two years, which I’ve found very rewarding. It’s hard listening to people’s tragic stories, but I feel better knowing that I’m making a difference.

‘There are often misconceptions of these places and the people who use them.

‘However, they support individuals from all walks of life and can often be the difference between eating and going hungry, which is something we should all remember.’

With the help of Fixers, Abigail has created a film to share on social media and in universities, which tells the 'typical' stories of a series of people who have come upon hard times, and how foodbanks help.

‘We wanted to challenge the negative stereotypes of those who use foodbanks by sharing real stories,' she adds.

‘A stable life is something we take for granted, but these experiences can happen to anyone.

‘In an ideal world nobody would need foodbanks, but until that day, I hope that people will start to understand the issue of food poverty and the vital job these organisations do.’