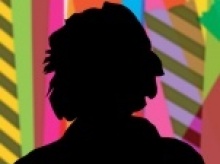 Sally says she was sexually assaulted by a friend 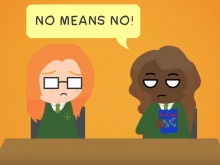 Sally's animation is set in a classroom 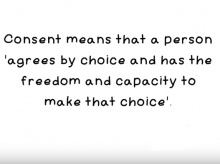 A young woman who was sexually assaulted by a friend after a night out has launched a campaign to encourage young people to talk more openly about sexual consent.

Sally, whose real name has not been used, has produced a film with Fixers to take into schools.

The 25-year-old from Huddersfield says: ‘Early this year I was sexually assaulted by someone I knew in my own home after a night out.

'It was the most traumatic and soul breaking experience of my life. My friend stole a part of me, a part of my life I will never get back.'

Sally reported the incident to the police and her attacker was arrested, but she says there was no conviction due to lack of evidence.

‘I felt nothing, but everything all at the same time. My life had been torn apart, I was losing myself. I felt like my friend had stolen a sense of innocence from me. He had taken something that wasn't for sale.

Sally has suffered from social anxiety since the incident and has been receiving counselling. She wants young people to be aware of the impact a sexual assault can have on mental health and well-being.

She says: ‘I couldn't trust anyone. I would double lock my door when I got in. I would only go somewhere in a taxi but even that would make me anxious.

Sally's film is an animation that uses the metaphor of giving and taking sweets amongst students in a classroom to explore the idea of consent. She hopes to show her film to as many secondary school students as possible.

Go to the top of this page to watch Sally’s film.