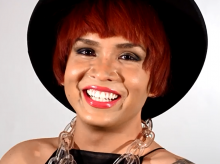 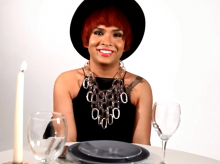 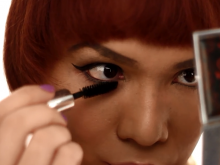 A transgender woman, who has struggled to find lasting love, is challenging the stigma of transgender relationships by encouraging people to accept others for who they are.

Jai Latto, 22, from Walkerburn in the Scottish Borders, says she wants to be seen as a woman and not a secret or source of embarrassment.

‘I came out as gay at 15 or 16 years old and identified myself as a transgender woman when I was 20,’ she explains.

‘Since then, I’ve been in a number of relationships with gay and straight men.

‘In my experience, I’ve noticed that people are almost ashamed of being with somebody who is transgender.

‘It hurts inside because you wonder whether you mean anything to them at all.

‘I want people to see beyond the stigma and understand that if someone is attracted to another person, that’s all that matters. Gender shouldn’t be an issue.’

With Fixers, Jai has produced a film, which aims to break down some of society’s prejudices towards the transgender community.

It uses a first date scenario to show the challenges others like her can encounter when meeting new people.

She plans to share the film with local colleges.

Watch the film 'Transgender Relationships' at the top of this page.

‘The idea was to show that there’s no shame in being with somebody who is transgender,’ she adds.

‘We too often label people as being this or that and fail to see that everyone is an individual.

‘I hope the campaign can break down these barriers and encourage more people to have an open mind.’

Jai's project was supported by the Wellcome Trust.