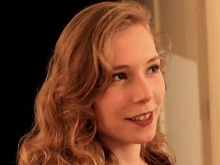 Katie has experienced poor mental health since she was a child 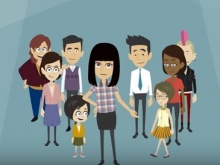 Katie hopes her mental health animations will help others 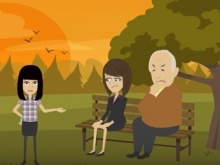 A young woman from Bristol who has struggled with mental ill health since she was a child has created a series of animations with Fixers which help dispel common mental health myths.

Katie Finch who has cyclothemia, a form of bipolar disorder which causes manic depression, says she has experienced stigma from people who don’t understand mental ill health.

The 22-year-old says: ‘Friends and I have experienced stigma because of a lack of understanding and I think it’s important to educate people and help them understand the realities behind mental health and mental illness.

‘In my case, I have experienced poor mental health most of my life. I experienced anxiety and depression when I was at school and as I have grown up my diagnosis has morphed into cyclothemia.’

As part of her Fixers project, Katie led a group of young people who have all experienced mental ill health.

They surveyed pupils at secondary school to find out what they thought of five of the most common mental health issues, which are covered in the film. Go to the top of this page to watch.

The results were used to dispel some of the most common mental health myths associated with social anxiety, eating disorders, depression, self-harm, and male mental health.

In the film targeting male mental health, a character asks: ‘Men don’t get mental health problems, men are the tough ones right? Just man up.’

Meanwhile in the animation covering depression, a character says: ‘Depressed people can be the easiest to spot, because they are always sad.’

Katie, who is sharing the films with schools and local mental health organisations, says: ‘This project is all about busting mental health myths like these. People don't always mean to judge or stigmatise people - often it is due to a lack of education and understanding on their part.’

On a personal level, Katie says her Fixers project has boosted her self-esteem.

She says: ‘My mental health often makes me feel like I’m not as good or as strong as other people.

‘Although I know this isn't true, re-establishing my self-worth is one of the greatest challenges I have faced.

‘This project has helped make me feel like I can make a difference.’