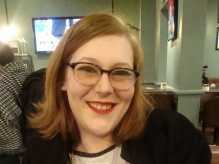 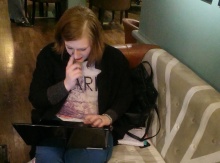 A woman who lived with 23 different foster families when she was growing up has told how people often judge her based on her background.

As a result, Allie Heslop, 24, is campaigning with Fixers to fight the stigma faced by young people in care.

She says: ‘I was seven years old when I first went into care. By the time I was 17 I had lived with twenty three different foster families.

‘It was an extremely difficult, unsettling time for me. Ultimately, every child just wants to be back at home with their mum and dad.

‘Often, you’re joining a family who have other children and already have their routines; it can be hard to fit in.’

Allie, from South Shields, Tyne and Wear, says there are misconceptions surrounding young people who have been brought up in the system.

She says:‘People discriminate against you; they think you’re untrustworthy, or you’re a thief.

‘Others assume that you’ve been in care because you did something wrong or you don’t know who your parents are.

'Despite being in care and the stigma that surrounds it, we have a lot to give and offer.'

With Fixers Allie has produced a leaflet dispelling the myths associated with those living in the care system.

The leaflet, which will be distributed on social media, urges others to ‘be there for people in care’ and advises that youngsters who’ve grown up in the system are hard-working, mature and independent.

Allie says: ‘At times I’ve felt powerless, so my project is letting young people in care know that they have a right to be treated well.

‘I’ve always felt everyone has something to offer in life and I want others going through similar experiences to me to see that.’