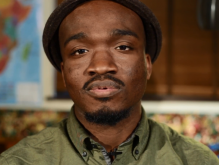 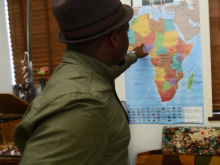 Tholani in the Fixers film 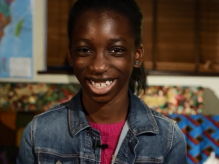 Young people are keen to learn their ancestral language

A Londoner with Nigerian roots is encouraging young people to learn their mother tongue to preserve African languages and culture.

Tholani Alli, from Tower Hamlets,  is worried that many young Brits are forgetting their ancestral language and leaving behind a huge part of their cultural identity.

Tholani, 26*, works as an intercultural trainer encouraging African communities across Europe to preserve their family customs - something he is now keen to do in the UK.

He says: ‘I was born and raised in London, but my parents came over from Nigeria in the late 80s.

‘They would often speak to us in Yoruba, which is one of the main languages in Nigeria.

'Here at home, however, I think many people in the African community are either too embarrassed to speak it, or feel that they’re British and don’t need to learn.

‘This makes me sad because it’s part of who I am. It would be an awful shame if we lost that.’

With Fixers, Tholani has helped to produce a film to share his message.

The short piece features members of the British African community using their mother tongue to explain how learning new languages has been of benefit to them.

Watch the film 'African Languages Matter' at the top of this page.

He says: ‘I am very happy with it and I love the fact that young people are involved.

‘We want to show that there’s no shame in remembering where you’ve come from.

‘I hope it can inspire a generation to be proud of their heritage because embracing your past is a strong pillar of one’s identity.’