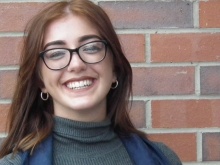 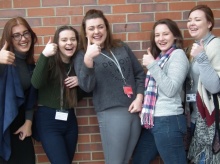 A picture of the Fixers group 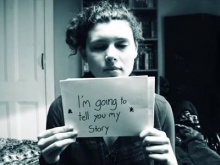 A group of students is campaigning with Fixers to break the cycle of bullying after reporting that perpetrators have often experienced some form of abuse themselves.

Bethan Sims, from Newport, Wales says: ‘I know children who have been bullied from a young age.

‘Sadly, I’ve watched some of them grow up to become bullies.

‘My team and I want to combat this cycle of violence by raising awareness of the phenomenon.

‘We hope that young people will reach out and ask for help instead of turning to negative patterns of behaviour.’

Bethan, 18, believes that with adequate support, bullies can change.

She says: ‘We need to understand that although bullying is wrong there is often an underlying reason for the behaviour.

‘Victims and bullies need love and support to have a chance of turning their lives around.’

With Fixers, Bethan and her friends created a film that tells the story of a girl who is so severely cyber-bullied at school, she leaves and moves to another school where she begins her new life as a bully.

Bethan, who will be showing the film in schools, says: ‘We hope it will show how easily a victim of bullying can become a perpetrator.

‘As it says in the film: ‘Bringing someone down will not raise you up.

‘Let’s break the cycle of abuse before it’s too late.’