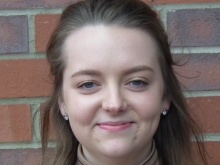 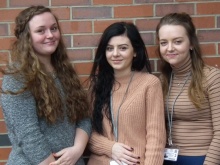 Sharlie and her group 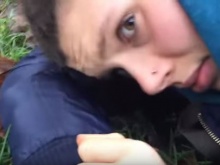 A shot from the group's film.

A group of teenagers from Abercarn, Wales, is tackling the growing trend of posting bullying videos online.

The girls, who are studying health and social care at Coleg Gwent, have told Fixers they have seen an increase in the number of bullying footage, often filmed on phones, going viral.

Sharlie Cheshire, who is leading the team, says: ‘A few of us saw a real-life video on Facebook, which showed a boy getting bullied, with a bunch of bystanders egging him on.

‘The person who uploaded it assumed others would find it funny.

‘Thankfully they didn’t.  But it helped us realise that bullies don’t always see themselves as bullies.

‘Encouraging a bully is just as bad.’

With Fixers, the group filmed a reconstruction of an attack being filmed on a phone.

The film ends with a twist, where one of the bullies sees herself in the girl she has attacked.

Sharlie, 17, says: ‘We hope that young people will be more aware of the power their words can have and after watching our film they will make positive choices in relation to what they say.

‘There is absolutely nothing funny about bullying.