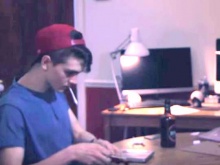 'John' was involved with drugs and crime 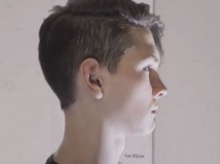 The film character poses for a mugshot 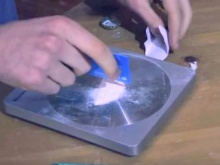 A teenager who was sentenced to six months in a young offenders’ institute for burglary is urging others to stay away from crime.

John, whose real name has not been used, says: 'I was only 15 but I thought my life was over. Now I’ve managed to turn it around.'

The 18-year-old is training to be in the army despite growing up in a family where most of the members had spent time behind bars.

He says: 'I have a son of my own now and I don’t want to set him up for the life that I had. I want to give him the best life that I possibly can.

He adds: 'I’m breaking that cycle. I’m not scared of anything at all but oblivion- for me to die, and the name ‘John’ to not mean anything to anyone, would be devastating.

John, from Hampshire, has created a campaign with Fixers that demonstrates the importance of forging a positive future.

His Fixers film, ‘Behind the Scenes - Youth Offending’, which he plans to show to the younger generation, can be viewed at the top of this page.

He says: ‘Everyone has a choice in life but sometimes events can affect your course.

‘Things that have happened to me and what I’ve experienced are not good.

'All I can do is put the message out there that I could have ended up in jail if I’d have continued down that road.’

After the birth of his child, John decided to turn his life around and become a good influence; a choice that he now hopes will inspire others to follow in his footsteps.

He says: ‘I hope that I’m being a positive role model for my son but ultimately you are your own person and you need to make your own decisions.

‘Watching my film made me emotional at first but then I became proud of my story – I don’t regret anything that’s happened in my life.’

This Fixers project is supported by Hampshire Police and Crime Commissioner.