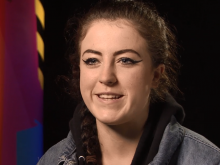 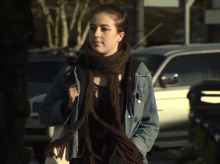 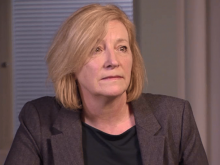 ‘Being a young woman growing up with comments and jokes thrown at you – you do become accustomed to it. And then I got to an age when I thought that’s not okay. I need to do something about this.’

Beccy Thompson is using her experiences of sexism to stand up to gender discrimination.

The 17-year-old tells ITV about the need for equality and explains how traditionally held stereotypes of men and women can restrict individuals when it comes to life choices.

‘If you are too loud or too bossy, that’s a bad thing. But if you are a boy and are confident or strong, that’s good,’ explains Beccy, from Bath.

‘I think it’s hard to overcome that and realise that “actually, I can do whatever I want.”

‘Me and my friends have been working with Fixers to get more young people talking about gender equality.’

With Fixers, Beccy and her team have produced a film which looks at the issue of gender identity.

It encourages people to change their negative stereotypes and see others as individuals.

Dr Susan Milner from Bath University explains that girls are affected from an early age.

She says: ‘We know that gender stereotyping and all those processes that affect choices that girls make starts very early; probably as early as pre-secondary school.

‘So it’s really important that when young people are making choices, they are able to realise their full potential.’

Beccy adds: ‘My perfect world would probably be where you don’t have to think about equality based on sexuality or things like that because it was engrained in society.