Hope for Homeless Fix On ITV 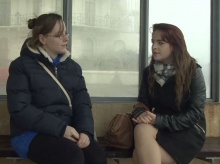 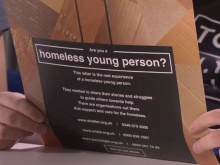 The Fixers resource is read by a young person 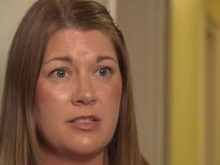 ‘I used to pitch a tent which was behind two trees and my school was about a five to ten minute walk away.’

This is the incredible story of Kara Revill who left home when she was just 14 years old.

Along with Vicky Preik, who also spent time on the streets, she is sharing her story to show that anyone can become homeless.

Their story was broadcast on ITV News Meridian (E) on Thursday 11th February.

Kara, 18, from Dover says: 'I didn't want to tell anyone - school didn't know about it - they didn't know I was living a rough life.'

Kara tells how she found herself without anywhere to live when things became tough at home.

She says: 'A lot of people don't really understand homelessness. They just think it's your own fault, but that's not always the case.'

She says: ‘I heard about people becoming homeless but I never thought it could happen to me.

‘I lost my job within two months of being homeless which was awful.

‘Every time I saw someone it felt like they were judging me.'

Kara adds: ‘I hope more people recognise that if a family breakdown does happen it’s nothing to be ashamed of - someone can help you.’

With Fixers, the pair, who are no longer homeless, collected letters describing the experiences of other young people who have been living rough.

They then turned these testimonies into a series of Fixers posters, which aim to guide others towards help. 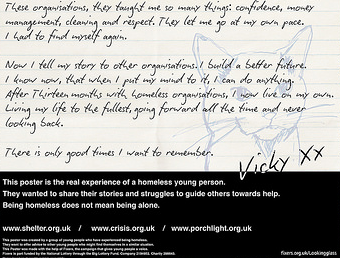 In support of the campaign, Wendy Checksfield from Porchlight Kent Homeless Charity is interviewed in the broadcast piece.

Wendy comments: ‘Youth homelessness is certainly a massive concern and it’s definitely on the increase.

Vicky adds: ‘Since being in my flat I’ve now got a job and each day I’m loving it more and more.

‘When you don’t have a home you’re scared and you don’t know who to turn to, but when you’ve got a place your life can start again.’