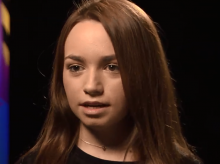 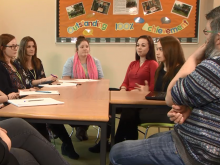 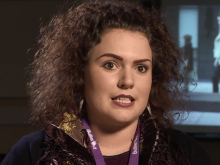 'At the first school, I got pushed over and called names like "fat" and "chubby." I got stuff taken from me a lot. At the second school I was bullied again, but it was dealt with. I went to a teacher and it was sorted.’

After she was forced to move schools to escape her tormentors, Sophie Roberts is helping teachers to spot signs of bullying in the classroom.

Her story was broadcast on ITV News Central on Thursday 11th February.

The 17-year-old from Newcastle-under-Lyme tells ITV about her ordeal and speaks to school staff about what they can do to help victims.

'The worst part of the experience was probably being ignored,’ explains Sophie.

‘I felt like I was in the wrong instead of being the victim of bullying. I felt like I shouldn’t be going to them for help.

‘I want teachers to notice if a pupil is withdrawn and check if they are okay.

‘I want them to know if there’s a problem and not to ignore it. Maybe speak to them, sit down with them and let the parents know rather than making them suffer in silence.’

With Fixers, Sophie has produced a booklet to increase understanding of the issue.

In it she writes about her own experiences at school and helps teachers pick up on instances of bullying sooner so they're better equipped to deal with them.

Supporting her campaign is Natalie Jones, Education Coordinator at Bullies Out, who features in the broadcast.

She says: ‘I do think some schools handle bullying better than others.

‘Some have a stronger anti-bullying policy and better resources in place, whereas some don’t.

‘Sophie’s resource is a brilliant idea and it’s really nice to see her sharing her experiences and showing what support she needed to get through it.’