One Mum – Many Roles 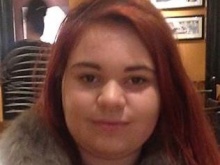 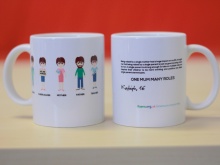 Front and reverse view of mug 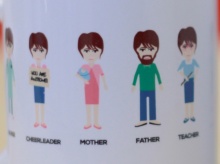 A teenager is campaigning with Fixers to show that single parent families can be just as successful as nuclear families after being raised by her hard-working mum.

Kayleigh Jarrett, 16, from Newport, Wales, says: ‘Success isn’t built on the presence of two parents but on the love and values of the family unit, whatever shape or size it might come in.’

‘Research shows that 25 per cent of families in the UK are headed by a single parent, yet people continue to hold outdated opinions on what a ‘normal’ family should be like, says Kayleigh.

Kayleigh, who is studying at Crosskeys Coleg Gwent, says: ‘Growing up with one parent was hard at times.

‘People looked down on us or thought my mum was less capable on her own, however she has proved them wrong.

‘My mum works as a barista in Costa and supports us to be the best we can in life; my older brother is working full time and I’m at college and have ambitions to become a midwife.

‘No one should be judged because they have a single mum.'

With Fixers, Kayleigh created a design for a mug which she hopes will make a nice Mother’s Day present.

One side of the mug shows some of the roles a single mum fulfills, including, nurse, cheerleader, teacher, father and mother.

You can view Kayleigh's Fixers print below. 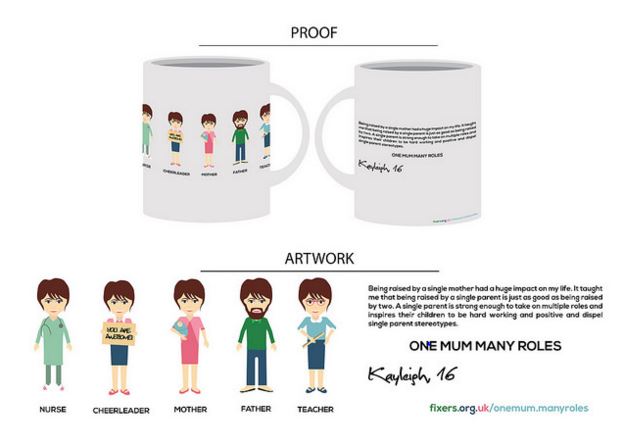