Diet Too Far Fix On ITV 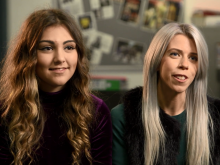 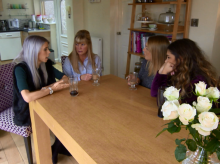 Megan and Sarah speak to their mums in the broadcast 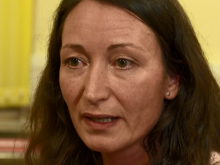 ‘Being in the grip of the illness felt like I had no way out. What I weighed that morning would change my mood for the rest of the day.’

Megan Lambert and Sarah Gibson from Burnley in Lancashire are using their experiences of anorexia to help others spot when someone has an eating disorder.

Their story was broadcast on ITV Granada Reports on Thursday 14th January.

In the TV piece, the pair encourage people to intervene if they suspect someone they know could be struggling with an eating disorder, and also talk to their mums about their own battles.

‘I’m a dancer and because there’s so much pressure in the industry, I decided to diet. It turned into an obsession,’ explains 18-year-old Megan.

‘So many people go through it, but it’s not talked about at all.

'We want to talk about it and make people aware of it.’

Sarah (25) who is also in recovery, explains why it’s important to reach out to those who you think may be going through an eating disorder alone.

‘I think people are sometimes worried about mentioning it to other people, but the main issue is getting that person well,’ she comments.

'If that means they might be angry with you for a week or a couple of days, then so be it. It’s definitely worth it in the long run.’

With the help of Fixers, Megan and her team have helped to produce a film which puts a spotlight on anorexia.

The short piece uses frenetic music to demonstrate how eating disorders can potentially spiral out of control if you leave them untreated.

Watch the film 'Anorexia Awareness The Consumed' at the top of this page.

Shelley French from Lancashire Care Eating Disorder Service supports Megan and Sarah’s project and appears in the broadcast to explain that early intervention is vital.

‘It’s really important that people pick up on the signs, because the physical dangers are significant,’ Shelley says.

‘If somebody is losing weight quite rapidly, there could be problems with their electrolytes, they could pass out or even have a heart attack.

‘It’s difficult to talk about but it’s really important because it can be very dangerous.’

Sarah adds: ‘We’d be absolutely over the moon if our campaign can make an impact.

‘It would make all the struggles, all the tears, the loneliness and the depression, totally worthwhile.'