Heal Your Mind Fix On ITV 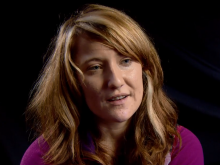 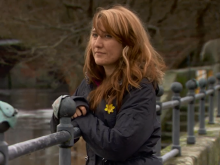 Fixer Ashleigh in the broadcast film 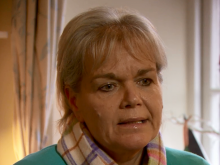 ‘My alcohol problems got especially bad when I was diagnosed with post-natal depression and I was drinking every day. I didn’t want to admit I was in a bad place. I didn’t want to see that there were other ways of coping.'

Ashleigh from Castle Douglas near Dumfries wants to show people, who are struggling with mental health issues, that drink and drugs are never the answer.

Her story was broadcast on Lookaround on ITV Border on Thursday 7th January.

In the TV item, the 26-year-old* shares her experiences of depression and her battle with alcohol.

‘The first few drinks would elevate my mood, so then I would keep drinking,’ explains Ashleigh.

‘But the more I drank, the more unstable I became.

'What I was trying to achieve really wasn’t working.

'My Fixers project is to encourage young people to get help for mental health issues, rather than turn to drink or drugs.'

Psychotherapist, Allene Hatherell, appears in the broadcast in support of Ashleigh’s campaign.

‘My advice to young people would be to get help as soon as possible,’ Allene says.

‘There is help out there and if young people get it as quickly as they can, then it’s less likely to become a more entrenched problem for them.

‘They can learn the skills and strategies that will help them cope.’

Ashleigh adds: ‘I would be happy if just one person could turn their life around and realise that coping with alcohol and drugs is not the way forward.

‘I don’t want anyone else to have to go through what I went through.'

* Note: Fixers sometimes go beyond the 16-25 year age bracket while working on their Fix.