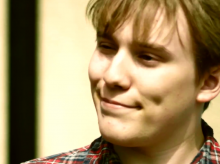 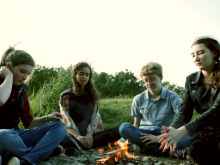 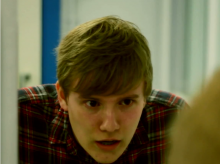 Connor McClenan and his team want people to know how they can support those who have mental health issues.

The 18-year-old from Workington in Cumbria feels that helping people to spot the signs in others could make it easier for those affected to get help.

‘This is something we are interested in because it can affect a lot of people our age,’ explains Connor.

‘Many individuals with mental health issues don’t necessarily exhibit external symptoms, so it can be hard to spot.

‘We want people to be more vigilant if they think someone may be struggling and know what they can do to help.’

With the help of Fixers, the team have produced a short film to raise more awareness of the issue.

The fictional piece depicts the lead character as someone who hides his mental health issues.

When he speaks, the film uses subtitles to portray how he’s really feeling and asks viewers to be more aware that mental health issues may not always be visible.

Watch the group's film ‘The Switch’ at the top of this page.

‘We hope that the people closest to those affected by mental health issues can begin to notice when someone may be struggling and know how to support them.’

The group plan to share their film in local schools and colleges and also on social media.

Connor adds: ‘We want as many people as possible to see it.

‘I hope our campaign will allow more people to understand what to look out for when it comes to mental illness. It might just help those in need to reach out and get help.’