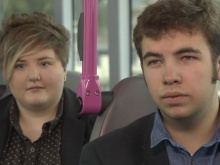 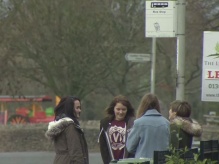 Young people wait at a bus stop in the broadcast 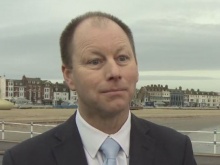 Crystal Mills and Jack Dunne, both 17 and from Weymouth, want to improve relationships between bus drivers and young passengers, as they feel there is currently too much tension on board.

Their story was broadcast on ITV News Meridian (W) and ITV News West Country in January 2016.

In the TV film, the pair are joined by other young people and representatives from a local bus company to discuss ways to encourage friendlier relationships between the groups.

‘What we want to find out is how bus drivers and young people can work together to make sure that public transport works for everybody,’ explains Jack.

‘Public transport should be a friendlier place.’

With Fixers, Crystal, Jack and their team have produced an educational booklet to be distributed in schools.

The resource is designed to show young people the role they can play in improving relationships with bus drivers.

Their campaign is supported by Mark Williams, Manager at First Wessex. He appears in the broadcast.

‘Traditionally the relationship between bus drivers and young people has not been good at all,’ Mark says.

‘I think it’s great that the young people have stepped up and decided to do something about it.

'We hope the outcome of this will be to prove that not all bus drivers are ogres and not all young people are hooligans.'

Crystal adds: ‘I think having a better atmosphere within the bus would make people feel a lot happier.’

About Crystal and Jack