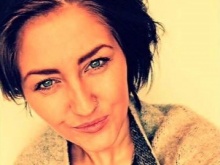 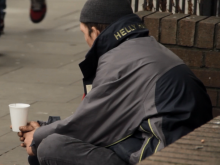 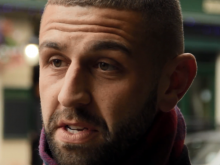 Members of the public are interviewed in the film

Mathilda Mansfield wants to tackle misconceptions surrounding homeless people after she came close to living on the streets.

The 19-year-old from Manchester is spearheading a campaign to challenge negative stereotypes and show that anyone can fall on hard times.

‘When I first moved to Manchester I was on my own and it was quite difficult,’ explains Mathilda.

‘Thankfully, I had a job and got by, but there were a few moments where I thought I might end up on the streets, but I didn’t. However, not everyone is so lucky.

‘I speak to homeless people every day of all ages and all backgrounds.

‘None of them expected to end up homeless. It could happen to anyone.

‘Sometimes, we just put the blinkers on and walk past these people without really getting to know them.

‘They’re like any of us - just down on their luck.’

With the help of Fixers, Mathilda and her team have produced a documentary which explores the issue in more detail.

It features interviews with members of the public and also gives a candid insight into the lives of those on the streets.

Watch Mathilda and her group’s Fixers film, 'Streets of Manchester', at the top of this page.

‘The film is powerful and brilliantly put together,’ says Mathilda.

‘This is a real issue that needs to be dealt with. We can’t continue going around blind to the world and ignoring that these people exist.’

The group intend to share the film online and also want to take it into schools and colleges in Manchester.

‘I really hope our campaign will make a difference,’ Mathilda adds.

‘It’s time to take notice. We’re all human and we have to help each other through life.’