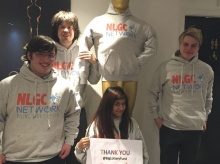 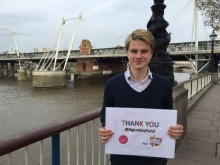 Danny thanks the Big Lottery Fund for their support 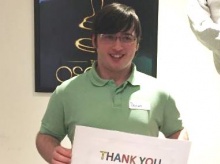 The Fixers foursome, who have been chosen by the Lottery for their networking skills and their passion for good causes, attended the launch of the National Lottery Good Causes Network at the British Film Institute Stephen Street in London.

Danny (20) was invited in his ‘legend’ role to inspire the 70 young ambassadors and explain how Big Lottery Funding has made it possible for him to achieve great things.

‘Thanks to the Big Lottery Fund supporting Fixers, I have been able to share my experience of body dysmorphia in my home town of Newcastle, across the UK and even around the world,’ Danny says.

‘It was a little known condition, even among some health professionals I have met, so I knew there was a need for more people to understand it is a serious mental health condition.

‘Becoming a Fixer has meant I have become recognised as an expert by experience. I have gained so much experience, speaking at conferences, taking part in debates and being interviewed by the media.

‘Now I have set up my own mental health foundation and I have set on a path for life of taking the lead in civil society on an issue that is hugely important to me.’

Tamanna (22) from Sevenoaks, adds: ‘It’s great that the Big Lottery Fund is supporting young people all around the UK to use their past to fix the future and get their voice heard in their community.

‘It has made such a difference to me because it has given me the opportunity to speak out and campaign on issues close to my heart, such as racism, bullying, Islamophobia and mental health.’ 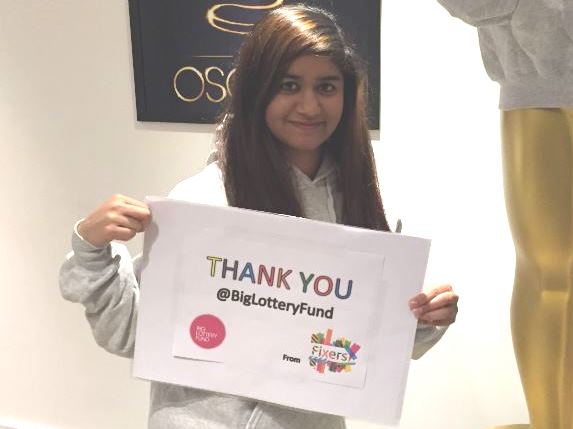 Twenty-two-year-old Jack Welch from Weymouth is working with Fixers to inspire others to take an interest in local history.

‘It has been wonderful to work with Fixers to raise the profile of heritage projects in the community, and the Big Lottery Fund has helped me to achieve this,’ he explains. 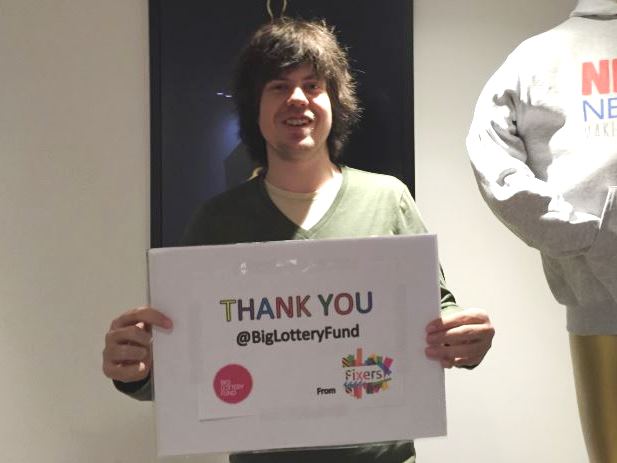 ‘It is an amazing charity that have provided lots of opportunities for me and many other young people to do things to create positive social change that we really couldn’t achieve alone.’

The group recorded a personal thank you message to The National Lottery for supporting them, which you can watch here.

‘Danny Bowman is an inspirational young man who fits the legend criteria. By sharing his personal experiences and the work he does with the brilliant Fixers charity he is a role model for everyone, young and old.’