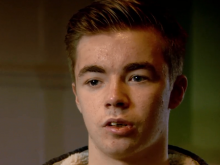 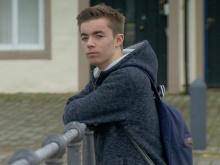 Kurtis in the broadcast film 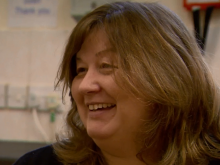 ‘I didn’t realise how hard it would be living away from home. I guess you don’t know until you have been there yourself.’

Kurtis Smith left home following a disagreement with his parents and wants to use his experience to show other young people the value of maintaining good relations with family.

The 17-year-old from Great Clifton in Cumbria has been living in a hostel since June.

His story was broadcast on Lookaround on ITV Border on Thursday 3rd December.

In the TV piece he speaks about his struggle and encourages others to think twice before leaving home so young.

‘I thought I was moving on in my life and finally getting my own space, away from my parents,’ explains Kurtis.

‘I felt good at the time, but as the months went on I started to miss home.

‘I had no friends and nobody to talk to.

‘People say to me they want to move out and that they hate their parents.

'I always say to them "look at what your parents do for you and appreciate them. You don’t realise how hard it is living away from home."’

‘I would tell young people to think twice before leaving home,’ she says.

‘The grass is not always greener and there are a lot of people out there who could take advantage of you.'

Kurtis adds: ‘If I was to advise a young person who was thinking of leaving home at 17, I would say - don’t.

‘But because I’ve already made that decision and left home, there is a part of me that just wants to do well in life to make my parents proud.’