Get Involved In Sport 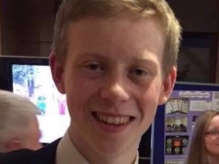 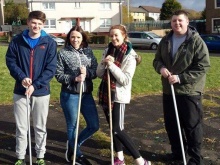 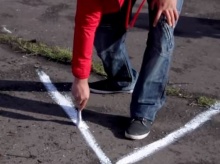 A young person in the film creates a running track

Andrew Marley and his team from Glasgow are encouraging young people to get involved in sport, after they were inspired by the 2014 Commonwealth Games in the city’s east end.

The 17-year-old and his group want to highlight the importance of physical activity and show that exercise can be accessible to everyone.

‘I would join organised clubs, play chases in the street or even just make up games.

'Sport has always allowed me to enjoy myself.

‘It has helped me to become confident, fit and more relaxed.

‘It is massively beneficial to our health and wellbeing but also a great way for young people to socialise and develop.

‘My team and I want to put sport back into the community.’

Hear from others on this topic. Click to read their stories.

With Fixers, the group have helped to create a film to demonstrate how people can make sport a part of life in their neighbourhood, without the need for specialist facilities.

It shows a group of young people turning a public space into an arena for a variety of games.

The film also reminds viewers of the benefits of encouraging an active lifestyle from an early age.

You can watch the group’s Fixers film ‘Get Involved in Sport’ at the top of this page.

‘We hope this film will motivate others to join a football club, try gymnastics, or even just run around the garden,’ Andrew says.

‘The resource should show adults and young people that sport is a great tool for everyone.’

The group hope to share their film online and in schools so that young people are inspired to participate in physical activity.

‘Sport can change lives – let it change yours for the better.’