The Benefit Of Buses 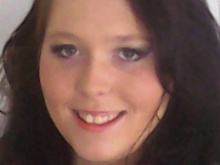 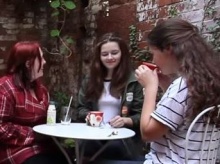 A scene from the film shows a young person with friends 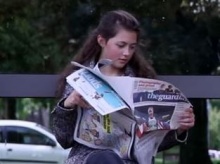 Waiting for the bus - the impact of no public transport

Megan Chapple is the driving force behind a new campaign to protect Devon’s bus routes.

The 17-year-old from Newton Abbot and her team want to highlight the importance of public transport and show how some young people’s work, school and social lives depend on it.

They hope to encourage investment in services, rather than cuts, in the future.

‘Bus routes give young people the chance to travel beyond their local communities,’ explains Megan.

‘They can offer work experience, extracurricular activities and youth centres.

'Without public transport I wouldn’t have been able to get to college.

‘An improvement in transport would be extremely beneficial in certain areas.

'It would give more young people a way to get out of isolated communities and broaden their horizons.

‘It’s very important that everyone has the chance to access opportunities, wherever they live.’

With Fixers, the group have created a film to show the impact of a reliable bus service on young people’s lives.

It features two scenarios. In one, a young woman is able to catch the bus and attend work and social gatherings, and in the other, she is left behind as a bus never arrives.

You can watch the group’s Fixers film ‘Get on Board’ at the top of this page.

‘The film is amazing. It really gets my message across,’ comments Megan.

Megan wants to show her film to her local council and transport companies.

‘If the council can see how passionate young people are and how much public transport benefits them, they may not consider cuts in future,’ she adds.

‘I hope that anyone who sees the film will realise how much of a difference public transport makes to the lives of young people’.