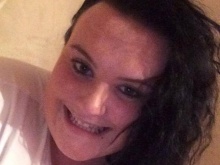 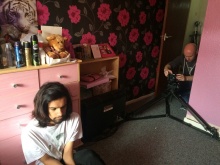 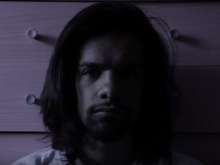 Laura Heydon wants to show others that looking after mental health is as important as taking care of physical health, after she was diagnosed with depression at the age of 12.

The 19-year-old from Manchester also has experience of self-harm and is sharing her story to encourage young people with mental health conditions to ask for help.

‘When I was too ill to go to school, someone came to my house to give me some work,’ explains Laura.

‘But mental health doesn’t have a ‘look’.

‘I once met a young girl, who was only thirteen, and her arms were covered in cuts.

‘That was the moment when I decided that nobody should have to go through this alone.’

Over time, Laura has learned to talk about her illness and says that speaking openly about it has made her feel strong. With Fixers, she's helped to create a short film based on her experiences.

It tells the story of ‘Thomas’, a young man who feels scared to talk about his mental health condition and only feels safe when he’s alone in his bedroom.

You can watch Laura’s Fixers film, ‘A Safe Place’, at the top of this page.

‘I love the way that the film shows what you think might happen if you talk to someone – but it doesn’t have to be like that,’ Laura says.

Laura plans to show her film in schools and hopes that teachers and pupils will learn to be comfortable speaking about mental health.

She would like to see mental health taught in schools from an early age.

‘The more knowledgeable people are, the less likelihood there will be of attaching a stigma,’ Laura adds.

‘It’s okay to be living with mental health issues. It’s just part of who you are.

‘You can feel very alone when you have a mental health condition, so it’s good to know there is support.’

To find other resources on the topic of mental health, and watch more Fixers films, click on the image below.