Say No To Sectarianism 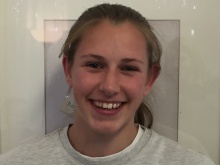 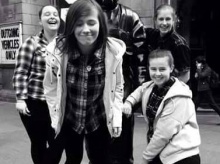 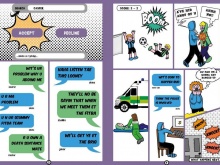 Pages from the comic book

Samantha Allan and her team from East Ayrshire are standing up to sectarianism and urging young people to respect each other’s differences.

The 18-year-old and her group are concerned that rivalry between communities can lead to violence and they’re warning others their age of the potential consequences of getting involved.

‘We come from two different areas, which have rival football teams, and we’ve all experienced the impact of sectarian behaviour,’ explains Samantha, spokesperson for the group.

‘Judgements are made by groups of people about others, which has resulted in fights breaking out.

‘Some of our group don’t leave the house during match days for fear of getting caught up in violence.

‘We can also feel intimidated and many of us fear for our safety when we’re not in our own community. We want these behaviours and attitudes to change.’

With Fixers, the team have helped create a comic book to get their message across.

It tells the story of two groups of young people, whose argument on social media leads to a fight at the football that gets out of hand.

The comic book ends with a reminder of the implications of sectarianism, showing that it could lead to a criminal record.

To read the group’s comic book, click on the image below. 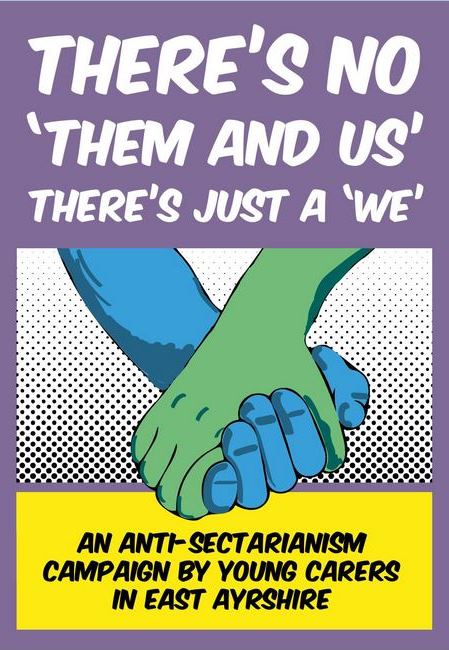 ‘We wanted to highlight to young people that getting involved in sectarian behaviour and violence is a choice and not something they have to do because of pressure from family and peer groups,’ Samantha says.

‘The story ends on a cliffhanger. We’ve done this because we want the reader to make up their own mind about how the comic should end and what actions the young person should take.’

The group plan to use their comic books in schools, where they will be delivering workshops on sectarianism.

‘The aim is for young people to learn about sectarianism from the comic book and see what changes they could make to result in a positive outcome for the young person at the end of the story,’ Samantha adds.

‘It will give them a chance to explore their own opinions and understand that they have a voice of their own and they can stand up and let others know this.

‘Hate generates hate so we need to stop the rivalry and respect each other’s differences.’