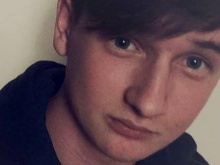 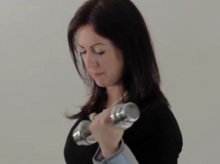 A woman in the film holds a heavy weight 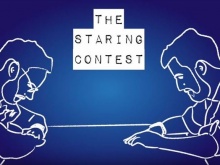 Brandon Harvey has Tourette’s syndrome and wants to help others better understand the condition that makes him tic.

The 18-year-old from Witham in Essex is concerned that people don’t know enough about Tourette’s and don’t realise how physically challenging it can be to try to control involuntary sounds and movements.

‘People often assume that those with Tourette’s swear, but swearing is just another tic, the same as twitching and making strange noises,’ Brandon explains.

‘If you have ever tried to hold a heavy weight in your hand before you let your arm drop – that is like holding in a tic. You can only hold it for so long until you no longer have the strength.

‘As I’ve experienced this cruel condition first-hand I know the strains it can put on your life.

‘It can be very confusing and upsetting as you may not understand why your body is forcing you to make strange movements and sounds.

‘It’s probably one of the most socially awkward things to have.’

With Fixers, Brandon has helped create a film to demonstrate the concentration and mental strength needed to physically control your body’s impulses.

People are seen performing tasks such as staring contests and holding weights to test their stamina and see how long they can hold out for.

You can watch Brandon's Fixers film "Tic-Toc-Tic Challenge || Dealing with Tourette's Syndrome" at the top of this page.

‘The film really does show people what it is like to have Tourette’s,’ comments Brandon.

‘The more people who see this the better - hopefully those who have never heard of Tourette’s will watch this film and gain a better understanding.’

Brandon also hopes his film will reassure those with the condition that they are not alone.

‘People should feel comforted by this,' he adds.

‘Most people go through Tourette’s by themselves not knowing anyone else who has it, but this should show them how strong they are.’