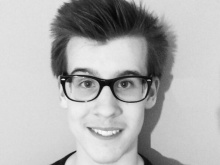 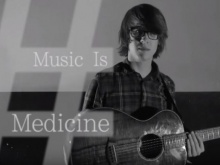 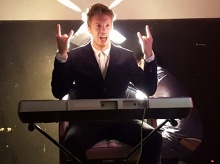 James Partridge on the keyboard

Ashton Wyss has experienced depression and anorexia and now wants to encourage people to try music as therapy.

The 17-year-old from Witham in Essex writes songs and plays guitar to help him cope with negative emotions.

‘Music helps me to let my feelings out instead of trapping them inside which makes me feel worse,’ Ashton explains.

‘Sometimes life just gets too much. Then I play.

‘When Ed Sheeran's album '+' was released, I focused on listening to the music and learning to play the tunes.

‘I began to eat and feel better.’

With Fixers, Ashton and his team have helped create a film in which they perform a piece of music.

They explain what music means to them and how it improves their well-being. For them, music is medicine.

You can watch the Fixers film 'Music Lifesaver' at the top of this page.

Ashton plans to present his film in schools and colleges. He hopes that people will take notice and share his message on social media, using #MusicIsMedicine.

‘Music helped me when I was at my lowest,’ adds Ashton.

‘Sometimes when I’m sad, I don't want to play a sad song. I’ll play a loud song. Whether it's angry loud, or happy loud, I always feel better afterwards.

‘It doesn’t matter if you can play an instrument or not, music can help you.

‘I want to inspire people of every age to turn to music, because music is pretty amazing.’