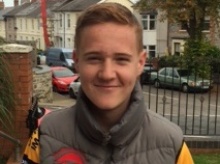 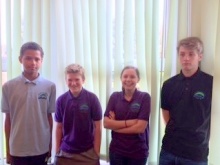 Members of the Fixers group 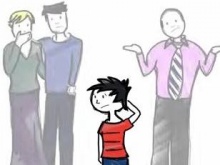 George Archer and his team from Cardiff are showing young people how they could benefit from peer mentoring.

The 17-year-old and his group are peer mentors at a school for students with emotional and behavioural issues.

They’ve overcome similar difficulties, and now want to highlight the role mentoring schemes can play in helping a young person achieve their potential.

‘I found school difficult. I had problems with my speech and was behind in reading,’ explains George.

‘It was hard to talk to people and this would come out in negative behaviour.

‘I was then introduced to a peer mentor and I learned not to be afraid to ask for help.

‘Now, I love being able to use my experiences to support other people who need it.

‘We make sure that they’re included in games, speak to adults on the students’ behalf and help out in the classroom.’

With Fixers, the group have helped create an animated film to show what a peer mentor does.

It follows fictional character, Adam, as he struggles with his behaviour. He then meets his mentors, who help him to study, express himself and deal with his emotions.

You can watch the group’s Fixers film ‘Adam and the Peer Mentors’ at the top of this page.

‘I would like it to be shown in schools as there is always someone who needs support and doesn’t know where to get it.’

The team hope their film will make young people aware that help is available if they choose to accept it.

‘I hope it will show others that they’re not alone,' adds George.

‘There are people like us in many schools and students need to know we’re there.’