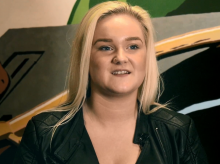 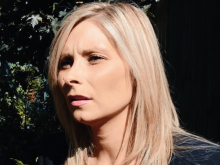 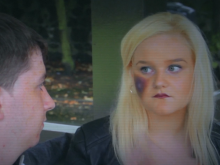 ‘Emotional abuse is just as bad as physical abuse. It upsets me that it’s happening to young people and adults out there. It must really lower their self-esteem and confidence.’

Courtney McLaughlin (16) from Ballymena in County Antrim wants people to be more aware of controlling behaviour in relationships, after she saw the effects of emotional abuse on someone she knows.

Her story was broadcast on UTV Live on Sunday 8th November.

In the TV piece, she meets a young person who has experienced psychological abuse, and talks about a film she’s created with Fixers and the rest of her team, to enable others to identify when to get help.

‘Our project is to show people what’s meant by coercive control and to show that emotional abuse is just as bad as physical abuse,’ explains Courtney.

‘Fixers helped us to create a short film about the subject.’

The fictional piece includes a number of different scenarios which demonstrate controlling behaviour, and ends with the slogan ‘you don’t have to get hit to get hurt. Emotional abuse is abuse’.

Louise O’Kane, Young Person Service’s Manager at Women’s Aid, also appears in the broadcast in support of the group’s campaign.

‘Sadly, a lot of victims will say that the physical abuse is the easy bit and that emotional and coercive control is as damaging, as hurtful and as frightening to live with,’ Louise says.

‘The different types of coercion may be harassment, brainwashing and restricting daily activities.’

Courtney adds: ‘I hope that anyone in this sort of relationship will report it or talk to an adult or someone that they trust.

‘You shouldn’t be bottling this up. It’s a really serious matter.’