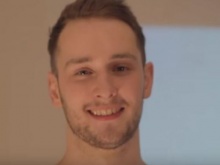 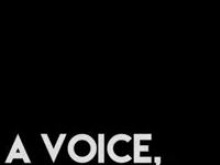 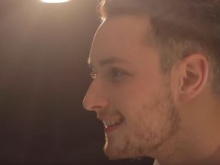 Ianto shows how his speech has improved

Aware of the challenges faced by those with speech impediments, Ianto Roberts wants to help give a voice to others who struggle to communicate.

The 19-year-old from Mold in Flintshire hopes to inspire confidence in young people whose speech disorders leave them feeling outcast in social situations.

‘There are numerous obstacles in the daily life of someone who stammers, like going out shopping and the fear of being approached by someone,’ explains Ianto.

‘I often find that members of the public don't know what a speech impediment is, which can lead to confusion.

‘In the past, when I’ve struggled, the listener would lose interest in what I was saying due to the amount of time I would take to finish a sentence.

‘I’d often come home and feel pain in my jaw.

'I found out this was because of the pressure I was applying to try and get words out.

‘Thankfully I found a speech impediment programme which holds courses focused on improving your speech.

With Fixers, Ianto has helped create a film to encourage those with speech disorders to remain confident in their ability to progress.

It features footage of Ianto from two years ago when he was struggling to talk. He then appears on camera to show how much his speech has improved.

You can watch Ianto’s Fixers film “Forming the Words” at the top of this page.

‘I am absolutely overjoyed with the finished film. It came out exactly as I wanted it to,’ Ianto says.

‘If I’d seen a campaign like this earlier, it would have given me a feeling of hope and happiness to see how someone who stammers can help themselves.’

Ianto hopes his film will enable others to better understand speech impediments, while showing those with communication difficulties that they’re not alone.

‘Think positive, research and nothing should be able to stop you.’ he adds.

For more information and advice on this issue, visit www.nhs.uk, www.speechdisorder.co.uk or www.thecommunicationtrust.org.uk.