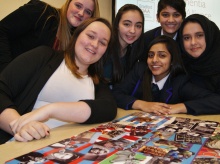 Fixer Sarish (third from right) with a group of young people 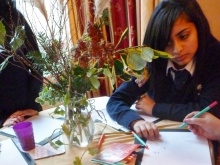 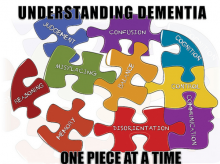 Sarish Saghir gained an insight into the lives of those with dementia while she was volunteering in care homes, and now wants to help other young people better understand the condition.

The 17-year-old from Bradford says she was moved by the stories of elderly residents and is concerned that others her age don’t realise what people with dementia go through, so they don’t know how to help.

‘I got to speak with many people when I was there. You get quite attached after hearing about their lives,' explains Sarish.

‘Some days I'd come back to see them and they’d forget who I was, which was really upsetting. You become a stranger to them all over again.

‘Dementia is affecting more and more elderly people. I want to raise awareness and encourage those my age to learn more about it.'

With Fixers, Sarish and her team have helped to produce a poster to get their message across.

It likens dementia to a jigsaw puzzle and encourages people to try to understand it ‘one piece at a time’.

To enlarge Sarish’s Fixers poster, click on the image below. 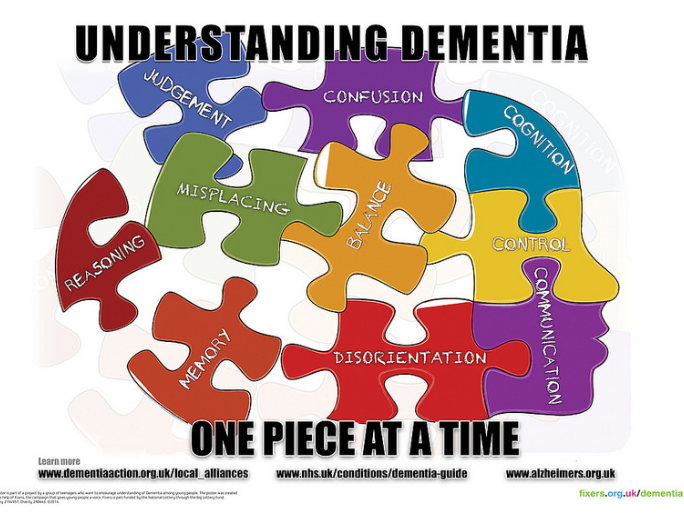 ‘I love the poster,’ Sarish says.

‘We wanted to show how dementia can affect the mind and I think our campaign does that.

‘Hopefully people will now know more about the condition so they’re in a better position to help those living with it.’

Sarish hopes to take the posters into secondary schools and colleges around Bradford.

She adds: ‘I think it’s so important that other people my age are able to understand dementia and how it affects others.

‘It’s a disease that impacts many families, so more knowledge is the key.

‘I would say that if you know anyone with dementia, listen to what they're saying and make them aware that you care.’