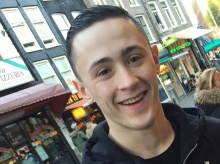 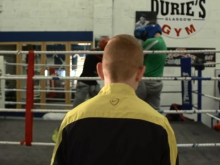 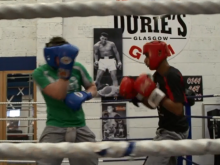 Daniel Burke from Glasgow is trying to change the image of boxing for young people, after the sport gave him a new focus in life.

The 23-year-old says it's a complete mental and physical discipline, with a strong sense of belonging.

'My group and I all attend the same boxing gym and are dedicated to becoming better at our sport,' explains Daniel. ‘In the past, we have had to explain that boxing isn’t all about fighting; it’s far more than what happens in the ring.

‘It requires you to adopt a strict exercise plan, dedicate yourself physically and mentally and develop the skills needed to enter the ring.

'We hope that people who see boxing as an anti-social activity have their eyes opened and begin to respect the sport for what it is.’

With Fixers, Daniel and his team have helped to produce a film to share their message.

Set in a boxing gym, the film shows how the sport can teach important life skills such as discipline and respect for others.

Watch the group's film 'Boxing Benefits' at the top of this page.

‘We wanted to show that boxing is a proper sport and requires lots of commitment, which I think the film does well.

‘We have great respect for the sport and want others to see boxing as a valid choice for them.’

The group plan to launch their Fixers film on social media and in local sports clubs.

Daniel explains: ‘We want to involve larger sports organisations to maximise the number of people that see it. Hopefully this will help to change people’s minds about boxing and more will give it a chance.’