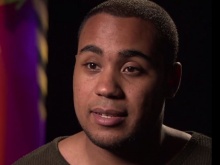 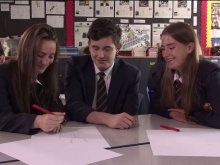 Pupils take part in a workshop at Lydiard Park Academy 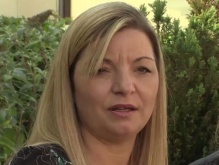 ‘We have all this technology which is absolutely amazing for keeping in touch, but it’s important that people think about what they’re sending before they put it out there.’

Nearly two years after he began a Fixers campaign to tackle online abuse, Carney Bonner (22) from Swindon, has seen his anti-cyberbullying workshops take off in schools.

His story was broadcast on ITV News West Country (E).

In the TV piece, Carney introduces the lesson plan he’s created with the help of Fixers, and sits in as it’s used in a workshop at Lydiard Park Academy.

‘My Fixers booklet is now available online for teachers to use,’ Carney explains.

‘As a former victim of cyberbullying, I think if I’d been in one of these workshops, I’d have sought help a lot sooner than I did.’

She appears in the broadcast and offers her feedback on the workshop.

‘It’s lovely to see Carney’s project come to life, as he’s been talking about it for a long time,’ she says.

‘You can see on their faces that they’re actually taking in the message.

‘If my son had been in a classroom that was discussing cyberbullying, he might have been able to talk about his problems and he may not have made the decision that he did.’

Carney, who ultimately wants to see schools commit to a dedicated anti-cyberbullying week, adds: ‘We’re seeing progress as different schools are picking up our workshop booklets and delivering them in their lessons.

‘At the moment, we’re in talks with schools in Gloucestershire, Bristol and London.'

You can watch Carney's TV film here at the top of this page.

Carney first spoke about his Fixers campaign on TV
in February 2014. Watch the broadcast film.