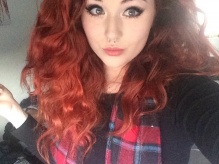 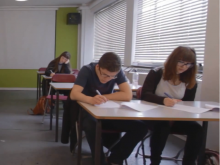 The Fixers film is set in a classroom 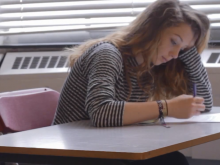 Concerned that mental health issues can go unnoticed in young people, Abbie Challen and her team want better support in schools, so that pupils are encouraged to open up about their problems.

The 16-year-old and her group from Bristol hope to show teachers how to spot when a young person is struggling, while making them more aware of ways they can help.

‘Secondary school can be a time when individuals go through a lot of stress, but quite often it can go completely under the radar,’ explains Abbie.

‘I know others who’ve been in this position and it can be really difficult, especially if you feel like nobody is there for you.

‘My team and I want teachers to look out for alarm bells when it comes to potential mental health problems.’

With Fixers, Abbie and her group have helped create a film to show how difficult it can be to identify when someone has a mental health condition.

It's set in a classroom and is designed to make school staff aware of the potential signs to look out for.

Watch Abbie and her team’s Fixers film ‘Spot the Signs’ at the top of this page.

‘The film is amazing,’ says Abbie.

‘Speaking to someone about mental health can be one of the hardest things to do.

‘So we thought equipping teachers with this knowledge might solve that issue and allow others to get the help they need.’

The group plan to share their film on social media and at teacher training days in secondary schools.

‘It’s really vital that we now use this film in a positive way,’ Abbie adds.

‘Most importantly we want teachers to know that their actions could potentially change lives.’

Kieran Mulvaney and his team want people to stop trivialising
mental health conditions in the classroom. Watch their TV film.