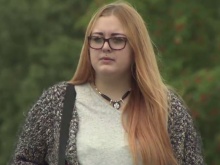 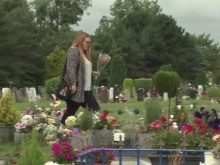 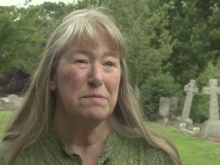 ‘It’s no good pretending that death doesn’t happen. It does and we need to know how to handle it.’

Twenty-year-old Jemma Addison from Reading lost her grandfather when she was 14 and now wants to help others who are dealing with the death of a loved one.

Her story was broadcast on ITV News Meridian (W) in September 2015.

In the TV piece, Jemma shares her experiences of bereavement and how it affected her mental health, and encourages families to talk about death so no one is left to cope with it alone.

‘I was really close to my grandfather,’ explains Jemma.

‘Four months after his death I started hearing his voice. It was really disturbing because my grandad was telling me to self-harm.

‘I didn’t know grief could have this sort of impact. A doctor referred me to a counsellor and things started getting better from there.

‘I’m planning to make a booklet with Fixers for 11 to 14-year-olds to explain the different types of grief and the emotions that can be felt.

‘I think it’s worrying that so many young people don’t ever get to talk about bereavement. If it happens to them or someone they know, they don’t know how to handle it.’

Clare Gittings from the Centre for Death and Society at the University of Bath also appears in the broadcast film in support of Jemma’s campaign.

‘Young people in this country have often been protected from the reality of death by their parents,’ comments Clare.

‘Social media is changing all of this as people are now much more aware of others who have died.’

Jemma adds: ‘I hope to demystify the subject of death.

‘I want people to be able to talk about it more naturally, in the same way they would talk about birth or marriage.’

You can watch Jemma’s TV film at the top of this page.

Moira Hickson also wants to help others cope with bereavement.
Read her Fixers booklet, 'You're Not Alone'.