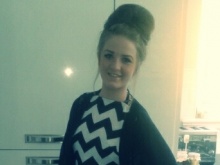 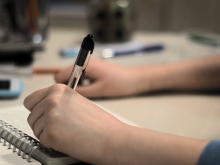 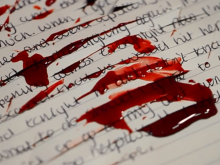 Sian Anderson opens a window into self-harm with a powerful film that, she hopes, will improve understanding and prompt young people to get help.

After seeing how it has affected those around her, the 17-year-old from Dunblane, Scotland, wants the issue to be less taboo so people aren't afraid to speak out.

‘It’s quite a sensitive topic and one that isn’t discussed as freely as it should be,' explains Sian.

'People often see self-harm from a narrow mind-set and don’t fully understand that it’s often a result of many other mental health related factors.

‘Our aim is to raise more awareness and reassure young people that they’re not alone.’

With the help of Fixers, Sian and her team created a hard-hitting film showing a young girl writing in her diary about a difficult day.

As her experiences become more troubled, she begins slashing through her words with a razor knife, and blood seeps onto the page through the cuts … illustrating how self-harm can often be a symptom of other issues.

Watch the film 'Dear Diary: A Self-Harm Story' at the top of this page.

‘I think the film is brilliant and really clever,’ says Sian.

‘It was a very moving message and one that I’m sure many people can relate to.’

The team screened their film to students for a week during assemblies at Wallace High School in April.

One student commented: ‘It has affected me because I didn’t think it was that bad.

‘People with problems should go and get help, not hurt themselves. It has changed my view because I used to think that people did it for attention, but they don't.

'I plan to share it so those affected by this can get help.’

Sian adds: ‘A few of the teachers came up to us afterwards and said they really liked it, which meant a lot because it’s obviously doing the trick.'

This Fixers project was supported by Simplyhealth.